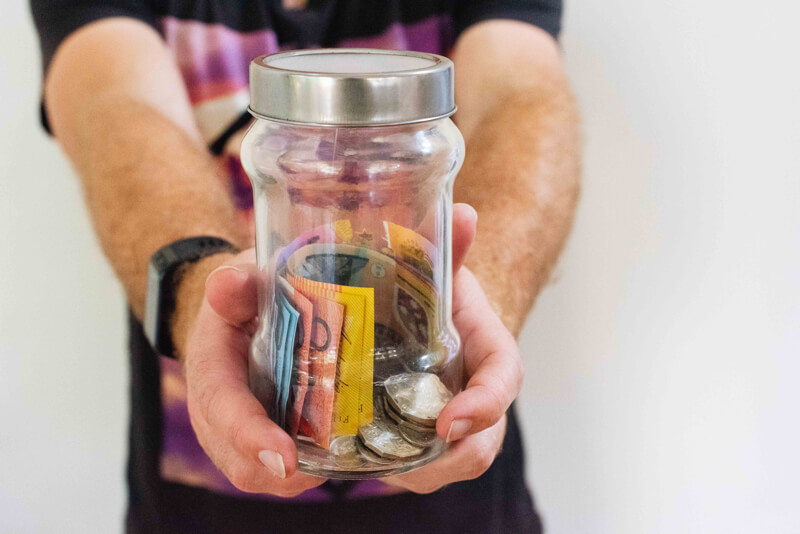 So How Much Does $60 Million Ad Spend Buy? …Not Much It Would Seem If You Have A Poor Offer

So how much does $60 Million Ad Spend Buy? …Not much it would seem if you have a poor offer

Whoa Phew The elections are finally over, it feels like they were going since Christmas.

Now we got a Nearly New Government. We can get back & focus on our businesses.

I seemed like Business decisions were put on the backburner, while we grappled with all the machination of the wrong party getting in.

Let’s hope we’re not going to be bombarded any more political ads from any Party, for a long time.

I’ll make it clear this is not going to be a political rant.

With any Election, there’s always a Post Mortem with your mates the next day. Hindsight makes us all political strategist.

So one of my friends was asking “I thought their no such things as bad advertising. How come Clive Palmer’s party didn’t win a seat?”

There is no such thing as bad publicity

Ok, let’s deal with the quote, first. My friend was paraphrasing “There is no such thing as bad publicity” Phineas T. Barnum.

This concept may have worked in the 19th Century, but not now with Social Media & 24 Hours News Coverage. We saw throughout this election campaign Politicians from all sides getting caught out with Bad Ugly & Damaging stories, which bought their demise.

So rather than getting bogged in a debate of the rights & wrongs of Political Parties. I will respect your views by not offering my viewpoint because it’s not going to add any value.

How much does $60 Million Ad Spend Buy?

Clive Palmer spent $60 million adverting on the United Australia Party, yet he did not win a seat.

Over $57 million has already been spent on election ads across a range of mediums, from commercial free-to-air television to radio and newspapers, with UAP leader Clive Palmer racking up the most bills with an ad spend of $39.1 million across traditional media, according to data and analytics group Nielsen.”…

According to Leif Stromnes, MD of strategy and innovation at DDB Australia, Palmer’s total ad spend could reach as much as $60m by May 18.

So according to Nielsen analytics, Palmer’s $39.1m Ad spend is 3 times more than the combined spend of $17.9m by the 3 major parties.

Palmer’s party, the UAP, is running candidates in all 150 seats in House of Representatives.  He’s spending money on an advertising blitz like a drunken sailor, trying to boost candidates profiles.

I know I was not happy to see Palmer’s unsolicited text messages popping up on my phone. It felt like he was carpet bombing our mobiles with these unwanted messages.

No surprise here.  We the Public were not impressed with these unsolicited text messages clogging up our phones. So instead of sharing his vision reaching with us, he caused resentment & we tuned out.

We have quite an extensive advertising campaign — the media are putting it at $31 million — I believe he’s spent more than that,” Senator Brian Burston told 7.30…

“I believe it will end up around $60 million, so it’s going to ramp up from now…

“We’ve run about 60,000 TV advertisements across the country to date, and that number is going to increase to about another 90,000, so it’s going to be very, very significant.

Clive Palmer’s United Australia party appears to have failed to win a single seat in federal parliament, after the billionaire spent an estimated $60 million on election advertising.

Palmer ran candidates in all lower house seats, winning a total of 3.4% of the national vote. In Queensland, where Palmer himself was considered a strong chance at winning a Senate seat, the UAP was well short of the quota, and fell similarly short in other states.

Whether it’s the lack of political leadership on the issues that matter, the rotating door to the PMO, or years of minority government and political instability – the signs are clear that, for this election campaign at least, Australians have stopped listening

So The Lesson You Take Away From This Campaign

Now I live on the Northern Beaches. If I had to guess, I’d say this area was not really United Australia Party’s Demographic.

Palmer’s Ads wee everywhere you looked. There was no escape. Visual Pollution.

So Clive spent a fortune. So I don’t know if this how they divvy up the rest of the  Ad spent. If so, what a waste.

Just because you keep saying something, doesn’t make it True or Believable

When I checked on Monday, the UAP candidate got 514 Votes.

Not a real good return on their investment with the saturation of all their Ads in our area.

Antony Green ABC election analyst backs this up. He calculated Mr Palmer spent about $1500 per vote, a lot more than the $2.75 per vote that the Australian Electoral Commission pays out.

If got that advertising return for my clients, They would sack in a New York minute if they don’t go broke first.

Advertising gets you Reach & Awareness.

I’m not a big believer in Main Street Image Advertising. If I’m spending my money or more importantly my clients, money, then I prefer Direct Response Advertising, that has a Call to Action.

As far, I concerned buying Ads as on Buses, Billboards & other image Ads is just a waste of money unless selling Chocolate bars,  MacDonalds or other impulse buys. You’re going to spend heaps of money with no way of tracking your Ad spend… So you’re going need deep pockets.

Increasing your Ad spend does not translate into more Leads, Sales, or Votes if you’re targeting the wrong people.

You want to put the right message to the right audience with the right Offer.

I’ll make him an offer he can’t refuse.

So if you have a compelling & Irresistible Offer, then you don’t have to market so hard with pushy manipulative sales Copy & dodgy Marketing concepts.

Let’s face it most of the Ads we were served up, (from all parties) were just plain dull boring. Please make it stop my head hurts.

“You can put lipstick and a dress on a pig, but you’ll still have a pig.”

So how do you know if you have a good Offer?

So Just Image You Been Asked To Sell 2 Cars

So first up we have Car 1

Ok, Here the second car you have to sell.

You don’t have to be a master copywriter to sell this stunning drop dead gorgeous Porsche.

You’ve got your work cut out for you to sell the old Lada.

Now we’re talking of having serious marketing chops to make buying the  Lada seems like a compelling offer.

So which Car would you prefer to be selling? Car 1 or Car 2

Porcshe or Lada for $35K

It’s all about the Offer

So what’s the difference with these offers?

The Offer for the Porshe Macan… It’s A no-brainer, a slam-dunk. We call this a Compelling & Irresistible Offer.

The Offer for the Lada… It’s a stretch. You’ll need to pull at all stops. This is going to be a hard sell.

So why is this so important

You don’t have to be a rocket scientist realise, the more Compelling your Offer, the greater the chance of getting a higher conversion. Rather trying to dress up a Pig, No One even wants.

So you should be focusing 40% of your efforts on your Offer, 40% on your finding the right audience is who interested in your Offer. Then spend the last 20% on your Copy.

It does not matter how much you spend on advertising a Compelling Irresistible Offer. You’re just wasting your money.

And if your Offer does not appeal your target marketing, then you’re compounding your problem because they don’t care.

So before you spend more money on advertising, trying to reach more people. Stop & look at your Offer.

Is it as enticing as a Porshe Macan offer for a paltry $35,000? Or does fall into unattractive Lada Niva offer for a whopping $35,000?

We don’t all have deep pockets like a billionaire. So we need to get the right before we waste any more advertising no one wants, or even cares about.

Do You Need Help With Creating a Compelling Offer?