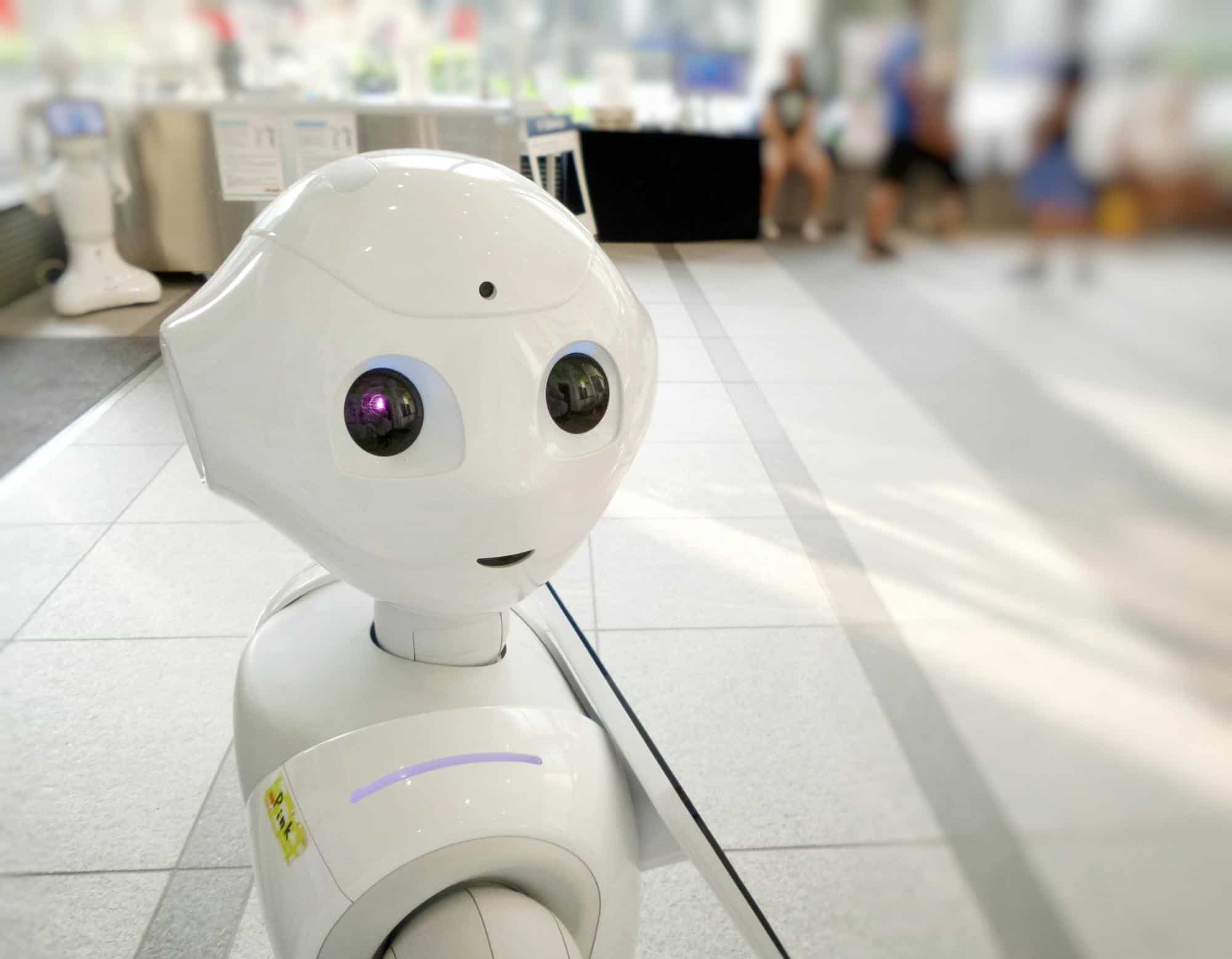 Manufacturers, Are Are You Ready Industry 4.0 Revolution?

Manufacturing & Industry changed with the dawn on the Industrial Revolution. Whether you like it not we now charging into Industry 4.0 Will you be sitting on the sidelines, hoping it just a fad or will your business embrace the global Industry 4.0 Revolution? Just in case you missed these, or history’s not one of…

Manufacturers, Are Are You Ready Industry 4.0 Revolution?

Manufacturing & Industry changed with the dawn on the Industrial Revolution.

Whether you like it not we now charging into Industry 4.0

Will you be sitting on the sidelines, hoping it just a fad or will your business embrace the global Industry 4.0 Revolution?

Just in case you missed these, or history’s not one of your strong suits here’s some excellent brief summaries of articles on the 4 Industrial Revolutions. If you need to get head around it more depth, check these later on.

The First Industrial Revolution started in 1760 spanning the late 18th to 19th centuries in Europe and America.

The First Industrial Revolution created dramatic disruption transforming the Agrarian, Rural societies, & moving to the era of mechanisation with the first industrial factories.

With the invention & development of the steam engine & other mechanical innovations, the Iron and Textile Industries played dominant roles in forging the worldwide growth of Industry.

Wolfgang Lehmacher is thought leader, technology evangelist and practitioner in the field of supply [chain], transport and logistics…

The first industrial revolution brought mechanical innovations and with it steam power which brought the coal-powered external combustion engine; it started in the late 18th century with the mechanisation of the textile industry and the birth of the factory

The Second Industrial Revolution took place between 1870 and 1914, just before World War I

The second industrial revolution was driven by the oil-powered internal combustion engine and electrical communication, the electrification of the factory. These allowed and mass production, with the installation of the assembly line by Henry Ford in 1913.

The second industrial saw the development of the telephone, light bulb, phonograph and the internal combustion engine, which forever changed the way our communication, transport, and manufacturing

The second industrial revolution which started in the second half of the 19th century brought the oil-powered internal combustion engine and electrical communication, the electrification of the factory and mass production, with the installation of the assembly line by Henry Ford in 1913

In the 1980s was the beginning of the digital revolution because computerisation became more mainstream (not just for Unis of Big Corporations) with mainframe computers, personal computers and the internet.

Factories are becoming vastly more efficient, thanks to automated milling machines that can swap their own tools, cut in multiple directions and “feel” if something is going wrong, together with robots equipped with vision and other sensing systems. Nissan’s British factory in Sunderland, opened in 1986, is now one of the most productive in Europe. In 1999 it built 271,157 cars with 4,594 people. Last year it made 480,485 vehicles—more than any other car factory in Britain, ever—with just 5,462 people.

“You can’t make some of this modern stuff using old manual tools,” says Colin Smith, director of engineering and technology for Rolls-Royce, a British company that makes jet engines and other power systems. “The days of huge factories full of lots of people are not there any more.”

The third industrial revolution or digital revolution which came in the 1980th brought computerisation, i.e. mainframe computers, personal computers and the internet, and the information and communication technology (ICT) available today.

The first ‘Industrie 4.0’ was mentioned was in A German government memo released in 2013. The high-tech strategy document outlined a plan to computerise the manufacturing industry reducing the need for human involvement.

The Australian Government is pouring millions of dollars trying & incentivise Australia Manufacturing to jump on The Fourth Industrial Revolution.

The Fourth Industrial Revolution represents a fundamental change in the way we live, work, and relate to one another. It is a new chapter in human development, enabled by technology advances that are commensurate with those of the first, second and third industrial revolutions, and which are merging the physical, digital, and biological worlds in ways that create both promise and peril. The speed, breadth, and depth of this revolution is forcing us to rethink how countries should develop, how organizations create value, and even what it means to be human; it is an opportunity to help everyone, including leaders, policy-makers and people from all income groups and nations, to harness technologies in order to create an inclusive, human-centred future.

The fourth industrial revolution which has arrived at the beginning of the 21st century is the advent of cyber-physical systems representing new ways in which technology becomes embedded within societies, i.e. business, government, civil society etc., and the human body; it is driven by the rapid convergence of advanced technologies across the biological, physical and digital worlds

The Fourth Industrial Revolution: what it means, how to respond

Industry 4.0: An Opportunity For Every Australian Manufacturer Submission To The Department Of Industry, Innovation And Science March 2018

I know you’re busy so highlighted the key areas of this this Whitepaper.

The Advanced Manufacturing Growth Centre (AMGC) welcomes the opportunity to advise the Australian Government on how more manufacturers can be activated as part of this urgent national challenge. This submission proposes exciting and achievable recommendations to help every Australian manufacturer adopt Industry 4.0 – from large businesses to the almost 95% of firms that employ 20 people or less – and in both city and regional areas around the country.

.Industry 4.0: An Opportunity For Every Australian Manufacturer Submission To The Department Of Industry, Innovation And Science March 2018

The Digitalisation of Manufacturing

The manufacturing sector is now in the midst of a fourth industrial revolution. An unprecedented fusion of technologies is disrupting many traditional business models and creating opportunities for new ones. The key transition is from traditional factories and assembly lines to manufacturing settings, processes and supply chains that are linked by omnipresent connectivity. Just as the internet generated new value by linking people digitally, the Internet of Things will support automated systems in which products, machines, networks and systems communicate and cooperate independently. Artificial intelligence will augment this process, enabling machines to analyse vast tracts of data and learn through experience rather than relying completely on human instruction. For example, a sorting machine could learn whether unusually shaped product components are likely to be faulty or are just part of a custom design.

.Industry 4.0: An Opportunity For Every Australian Manufacturer Submission To The Department Of Industry, Innovation And Science March 2018

The sector has a choice: retreat and wait until it is surpassed by international competitors, or do what is necessary to become innovative, export-oriented and world-leading. The latter is the only way to ensure that manufacturing continues to support Australia’s economic prosperity and standard of living. In its Sector Competitiveness Plan 2017, AMGC estimated that the ‘size of the prize’ from improving Australia’s manufacturing competitiveness could be an additional 25–35% of national output, worth $36 billion by 2026. Some experts consulted by AMGC further suggested that a realistic target should be to lift the manufacturing sector’s contribution to 25% of gross domestic product (GDP). This would help Australia move into the top 15 on the Global Manufacturing Index, up from its current position of 21st…


The first step towards Industry 4.0 is for the leaders of manufacturing businesses to consider their fundamental business model and approach to . They should set an overall direction by identifying the business opportunity or problem they are seeking to solve, and how leveraging the latest digital technologies could enhance their value proposition. Rather than providing value through products, they must think more about delivering services that people will access using various modes of connectivity. They must also be prepared to transform their workforce – both by upskilling existing workers and hiring new recruits to fill skills gaps.
5.2 This is a journey that every Australian manufacturer can embrace. Indeed, it is strongly in their interest to do so in a world where digital integration is becoming a basic requirement. Fortunately, the cost is not as large as firms might think – and the risk of failure is not as great. As one manufacturer observed: “It’s just computers, Wi-Fi, big data; the hardware is very cheap, and the software is not overly complex. The real issue is coming up with the ideas of how to use it.” Another agreed, adding: “Everyone thinks tech is expensive – but a new website is only $1,500, it doesn’t cost $10,000. You’re linked into so much technology just by having a phone.” A simple example might involve attaching sensors to filtration equipment in a factory. Instead of a maintenance worker conducting a time‑consuming physical inspection every month, he or she only receives an SMS alert when the filters need to be changed.

5.3 The transition to Industry 4.0 cannot happen overnight and there is no one-size-fits-all approach. Each manufacturer will have different needs, circumstances and capabilities. Experts interviewed by AMGC emphasised that it would be a mistake to assume the German experience of Industry 4.0 can be fitted into the Australian context. Germany has a greater share of large manufacturing companies than and deeper integration between industry and the education system. As one manufacturer said: “The problems are shared, but the solutions are not; they are local and based on our capability.” He suggested that creating a nation of smart factories begins with creating ‘smart enough’ factories (or ‘minimum viable smart factories’). Other experts emphasised the notion of aspiring to a sensible level of automation, commenting that even in Germany, only about 50% of manufacturing processes are automated


.Industry 4.0: An Opportunity For Every Australian Manufacturer Submission To The Department Of Industry, Innovation And Science March 2018

So are ready for Industry 4.0 or are just going to wait around and see what happens.